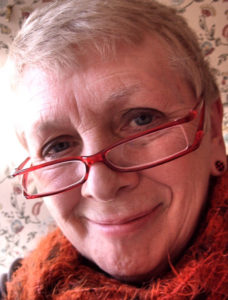 When the lovely Breast Buddies team told me about a new Mindfulness course they were so generously offering, I hesitated for a while to take them up on their kind offer because, having recently been through all the breast cancer adventures of surgery, chemotherapy and radiotherapy, I wondered if I really needed to commit myself to a series of sessions, probably sitting crossed-legged (that’s if I had the ability to achieve that position now!) in front of someone swathed in clothing reminiscent of days when flower power was the ‘in’ thing and the heady whiff of patchouli oil filled the air.

Adding to this not altogether attractive fantasy were the concerns that the leader of these sessions may be ever so slightly ‘off the wall’ and that, if that were the case, would I actually want to submit my mind to the possibility of being slightly more ‘off the wall’ when some people might say that I already had sufficient of that particular quality without any formal training in it! Being of a curious nature and not one known to chicken out of unpredictable situations, I attended a Breast Buddies Mindfulness ‘taster’ session with Bruce Greenhalgh and, to my delight and relief, I found Bruce to be a lovely, kind, warm man, who wore the sort of clothes any sensible chap may don about town or to take a trip to Tesco’s (other supermarkets are available). I was struck by his calmly confident manner, his ability to listen intently and accurately to what was being said by others and his obvious command of his subject. Bruce is a highly experienced and qualified practitioner in his field and was clearly just the sort of person I was potentially very happy to trust to lead me through a Mindfulness based stress reduction course. I signed up there and then to 8 sessions through the summer and, with a small group of other ladies, I gained some extremely valuable techniques for helping life flow without the banana skins it throws under my feet having power to harm me physically or emotionally. Apart from the things I learnt at the sessions, I can honestly say that I had a damn good time… so much so, that I would love to join the group again next time Breast Buddies run it. I heartily recommend Bruce’s course and I think that anyone who gets battered about a bit by life (don’t we all?) owes it to themselves to give it a try… do take up the opportunity, you’re so worth it.